This controversial report may shock you but the truth needs to be told. If you've been struggling online this report will open your eyes.

If you heard my voice, you might think…wow, that is a great radio voice. But just because you have the voice, doesn’t mean you are a DJ.

Well, back when I was a kid, I knew I loved to entertain. I loved making people smile and entertaining them. I once played music for one of my sister’s parties in the garage. I guess you could say that was the birth of DJ Bill.

By 1992, I wanted to be a rockstar. I wanted to be a hip hop rapper like Vanilla Ice or MC Hammer. I wanted to do Christian rap like dc Talk who I idolized growing up. So much so, I recruited one of my musical friends, Donovan and we created a band called BJD. BJD stood for Because Jesus Died. We had a blast and even released an album in 1995. Now it was not the best album ever…but the experience was fun and I would not have traded it for the world.

Since the band now had speakers and microphones, I thought that we should DJ to also make money. We could do parties and weddings and events. So our first show with 5 of us who all lived in a 3 bedroom apartment happened in the summer of 1994. That was the day That Kingdom Sound started and we realized our DJ company had its start.

Over the years, the other guys all either got married or moved on with their lives but I loved it. This was my jam. This was what I was looking for. Playing music and entertaining. I had finally found my calling in live.

Since 1994, I have been a mobile disc jockey and have played thousands of events. The largest event to date was performing on the main stage of the National Catholic Youth Rally in front of up to 25,000 youth from across the world! I have been blessed and I am thankful.

So the simple answer to the question of Are you Really a DJ is…yes. I am and I am an amazing DJ who loves being able to perform.

Stay Up to Date with the latest Developments 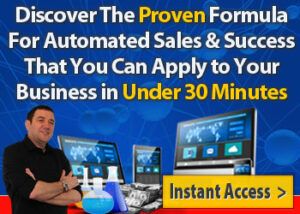